Often my blog posts are a result of me needing to remind myself of Truth and then deciding to share it with you, my readers, in hopes it will be an encouragement to you as well. Little did I know when I wrote “Thrashing about” (January 18th) how many times I’d need to tell myself to “stop thrashing” in the weeks that followed.

A new little family member was scheduled to arrive exactly one month after I published that piece and I had things to do and people to see in the interim. Observing my behavior during that month, those closest to me probably wondered what the uproar was about. After all, I must have said “I’ve got to (fill in the blank) because Emma’s coming” dozens of times, like she was a hurricane barreling across the Atlantic and I was battening down the hatches before her arrival. I crossed most of my pre-Emma to dos off before the big day. But the battle against thrashing was far from over.

I took up residence at daughter Mary’s house on the evening of February 17th, knowing I’d be the around-the-clock responsible adult until she and Justin returned with Emma several days later. No big deal, right? I stay with 4 ½-year-old Joshua and 2-year-old Lyla on a regular basis, usually two days a week, eight to ten hours a day. But I go home at night, home where it’s quiet and I can recharge. Being on duty for 60+ hours straight – well, that’s a different story. I wasn’t sleeping or eating normally, much less having a meaningful quiet time. My focus was almost entirely on the immediate demands in front of me. I gradually lost sight of my Center and by the time daughter Jessie arrived Saturday morning to provide back-up, I was so tired physically and mentally I could barely stay on task.

But mid-day Saturday Mary and Justin returned home with baby Emma in tow. As I held her, I marveled at the fact there’s a brand new person to love and get to know. The stress of the previous three days was so worth it – my miniscule contribution to the process of her entrance into the world. After a few more hours, I went home, admittedly looking forward to quiet surroundings and to sleeping in my bed instead of on an air mattress . . .

. . . hmm, the water never got past lukewarm when I was taking my shower. Sure enough, a trek to the basement revealed the hot water heater was leaking. I put a bucket under the drip and spent a restless night praying I wouldn’t find a flood the next morning. I passed Sunday afternoon trying to drain the tank with a garden hose. It drained alright – for five straight hours! Any remaining shred of patience and good humor quickly dissipated when I realized I’d have to turn off the main water supply and spend the night at my parents’ house. I’m sad to say I met their warm welcome with, “I didn’t need this to deal with. I’m too tired. I just wanted to be at home and regroup for a couple of days.” Whine, whine, whine. I imagine I sounded a lot like Jonah when the worm devoured the plant God had provided to shade him from the blazing sun.

I must admit I don’t like myself much when I lose sight of Truth and let circumstances get the best of me. I knew it was time to resort to some major self-exhortation, reminding myself of a hard-learned lesson . . .

My husband Ray was very even-tempered. For the most part he took things in stride, remaining calm when I’d be all bent out of shape about something. One such time when I was complaining to him about some long-since-forgotten “tragedy”, I had the audacity to ask him, “Does anything short of death upset you?” His reply: “Not much.” Though many years have passed since our conversation, it still saddens me to write those lines. Just a few months after that exchange, I’d learn Ray was oh so right. One of the difficult lessons God taught me in the aftermath of his death and one I never want to forget: there really isn’t much short of death worth getting upset about. Situations that are fixable, even though they may be annoying and require you to spend time and money you’d rather spend elsewhere don’t merit significant hand-wringing, worry or angst. But no matter what we’re facing, be it life-changing or trivial, God has promised to never leave us or forsake us.

I’m blessed my parents live close by. My hot water heater’s been replaced and I slept in my own bed last night. There’s a new baby girl to love, a precious gift from God. The One who tenderly holds me in the palm of his hand knows every detail and will provide for every need. No thrashing required. 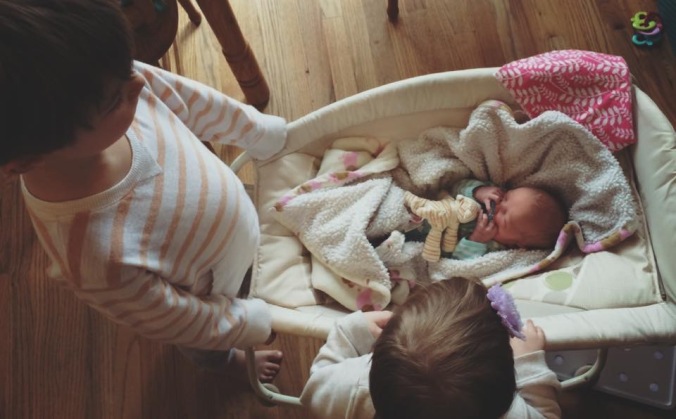 2 thoughts on “Thrashing about, epilogue”